If your faucets make noise and burp out air immediately after you turn them on, then your plumbing system has a common problem known as air hammering. This condition tends to get worse rather than better without intervention, so it is important to take steps to eliminate its root cause.

Understanding the Root Cause of Air Hammering

Air hammering is caused by air trapped inside your home's plumbing. As the air tries to escape but is unable to, it builds up pressure behind closed faucets. When you open a faucet, the air comes shooting out similar to how the gases trapped inside of a soda bottle shootout after it has been shaken then opened. The air quickly escaping the faucet causes waves in the water in the nearby pipes and this makes the pipes move around. If the pipes aren't well secured to the wall studs, then the movement will cause them to make an annoying banging noise.

Air hammering can lead to plumbing damage by knocking piping straps off of wall studs and damaging faucets. For these reasons, the root cause should be eliminated when the condition is severe.

If you notice air hammering only occasionally and only when you open specific faucets, then you can lessen its severity by simply opening the corresponding faucets slowly. By slowly opening the faucets, the air will have a chance to leak out without making the water behind it slam around in the pipes.

Now that you understand what causes the air hammer noises and how the excessive air can lead to pipe and fixture failures, it is important you take steps to eliminate the problem.

Thankfully, eliminating air hammer banging in pipes is as simple as flushing all of the air out of the system. To do so, no special tools or skills are required. Simply follow this simple procedure:

Once the plumbing has been flushed in the above manner, all excess trapped air will be pushed out and this will eliminate air hammer noises. If the system starts making noise again at a later date, then simply repeat the process above and flush out the system once again.

Finally, it is important to note that if flushing the system doesn't quiet it, then you need to have a professional plumbing contractor service come out and repair it. 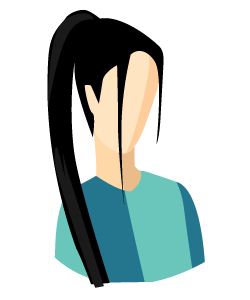